Heck, it seems ages since I last posted. That’s probably because it is!

I’ve had a real stop-start couple of years on my blog, partly through my own fault at allowing myself to get out of the routine of blogging, but also due to various things going wrong behind the scenes.

So, this post is one that I had originally intended to publish around May of last year. It was inspired by an e-mail I saw in my inbox from a well-known Internet Marketer whose list I’m on – Eric Louviere.

The headline read as follows:

What Eric wrote in that e-mail was exactly what I had been wishing someone would write for a long time and reflected perfectly what I was feeling.

I felt so strongly about it that I hit “reply” and thanked Eric for such a great e-mail and also to ask him if he would mind if I quoted some of it in a blog post. Eric said that I could go for it so, albeit much later than intended, here is that post.

So, why was it that Eric felt like “going off on gurus”? Why was it that I had been feeling the same? Why is it that over the last few months particularly, I have noticed a number of people speaking out in the same way?

Well, here are Eric’s opening words from his e-mail:

“You know what, I got a warning for you today. You should not pay attention to all the gurus or experts out there and take what they say, their opinions, as Gospel! They are often flat-dead-wrong!
Most of the time they are spewing OPINIONS and those opinions are often wrong, way-off and even outright – stupid!”

Talk about hitting the proverbial nail squarely on the noggin’!

An Unfortunate and Dangerous Trend

I’ve been around in the Make Money Online arena for a number of years now in one way or other.

Like so many, I discovered the Warrior Forum and, like so many, I started out with the view that it was going to be the answer to all ills.

Now, don’t get me wrong. I discovered and met many great people through the Warrior Forum, learned some valuable stuff and even bought some good products through there.

I also saw the dark side of the forum. The nasty side. The opinionated, unprofessional, damaging, wrong, vindictive and, frankly, downright idiotic side. 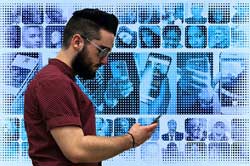 But the thing with the Internet is it’s a generally open platform where people are (mostly) free to say what they want. Especially with social media playing such a big part of many people’s lives these days, people are often too ready to speak first and think (or not!) later.

Not only that, but the playground style gang mentality that’s often displayed is actually quite scary at times. Step out of line or dare to say or do something that the gang has decided is wrong, then expect to feel their wrath.

I wish this was an exaggeration but, sadly, it isn’t. I’ve seen it many times and some of what I’ve seen has been quite sickening.

The thing is, although the Warrior Forum was the first place I witnessed this kind of behaviour, it isn’t restricted to there. The place where it’s now prevalent is….

Again, Facebook is a great tool and I use it a lot. But, unfortunately, it’s also a place where a lot of damage can be done.

When you’re starting out with your online business, you look for answers. You look for guidance. You look for people who know what they’re talking about. Even when you’re not a newbie, you do the same thing to some degree.

The problem is that there are lots of opinions and they are largely only that – opinions.

Too many are spewing out ‘facts’ based solely on hearsay and opinion and 1) not on real-world evidence and 2) not on their own experience. And any experience they might have is often very, very isolated and not enough to base everything else on.
Obviously this isn’t the case every time, but it is a trend.

Eric goes on to say in his e-mail:

“I notice people saying dumb things like ‘Being a coach is not a real business, sell stuff on Amazon or ‘shopi-cry’ is a real business’. Uh no, you’re wrong. I’ve made millions in the coaching business and so have countless others I am associated with.”

Yup, I can relate to that.

“Pay $50 to sign up to my system and just recruit other people into your downline. This is the way to have a real business.”

There’s another vitally important thing to sound down in that noggin’ of yours. Eric put it beautifully:

“Pay attention to your own STATE! Business and making it big is hard. It takes hard work and not quitting.”

You know, that one sentence could well be the most important one in this entire post.

You want to make money online? Great. But you’re gonna have to work for it. Although there are many advantages to an online business rather than an offline business and in many ways it’s easier, at the base level the same is true:

You have to put the work in.

If you want it to work then you’re going to have to get darned uncomfortable at times, especially if you don’t have the skills, resources or money to invest at first. And things can get hard. I know you don’t want to hear that, but it’s the truth.

Look, starting, maintaining and growing an online business can be hard enough and comes with its own set of challenges. You don’t need to add to them by allowing yourself to be taken off track by the inane ramblings of some self-proclaimed expert who possibly hasn’t even half the experience in their supposed field.

Certain things work. Period. Whether or not YOU make them work is another story. But it isn’t up to some ‘guru’ or social media nobody to tell you otherwise.

If I had let those early knockbacks through the Warrior Forum phase me, I’d have given up a long time ago.

I haven’t made thousands through my blog alone because “blogging doesn’t work”. If someone comes to me and says that blogging isn’t working for them then I say, quite simply: “You’re not doing it correctly.”

But those kind of slap-dash, throwaway statements of ‘fact’ are exactly the kind of things that can stumble a person.

Again, Eric put it beautifully in his e-mail:

“Look… your state of mind and how YOU FEEL is critical. It’s everything! Your confidence is delicate and fragile like a little feather. So, protect it! Don’t let some weirdo on the net ding your STATE. Got me?…

… PLOW through the noise… the clutter… the opinions of all the so-called pundits and gurus and wannabes. STEAMROLL right over their butts and implement!…

… Everyone has an opinion they want to vomit all over you and anyone else who happens to stumble upon their vomit.

Instead, empower yourself… get your own self-love REVVED-UP and Just Sell, Baby! Ignore the “opinions” and the “doubters” and the “negativity” and so on.

If you want to make it big… IMPLEMENT! Period. Just go all in. Have FAITH! Be relentless. Stand on your own two feet. Make success happen. Put the responsibility to succeed on your own shoulders!

If something is clearly working for other people, then it works. You don’t need someone on the Warrior Forum or on Facebook telling you that it doesn’t and destroying your zeal. 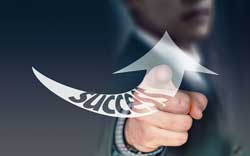 Above all, YOUR success hinges on YOU.

As Eric said, “Protect your state”.

Please make sure to connect with Eric through his site over at ericlouviere.com

And as always, if there’s anything that I can help you with, please don’t hesitate to reach out.

Please let me know in the comments section below how you manage to keep going and ignore the ‘chatter.’ And if you’re just getting started, what are the biggest challenges you face? Let me know by leaving a comment! And if you enjoyed this post, please don’t forget to share it. 🙂