Don’t Try to Succeed at All Costs? 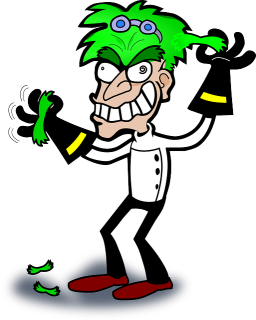 Okay, have I gone absolutely bonkers!? No I haven’t – well, at least no more than usual anyway! So why would I tell you to not try to succeed at all costs? I shall explain.

If you’re a regular visitor to my blog then you’ll know I’m all about an ethical approach, right? If you’re a new visitor then I hope that you’ll get to know me better and then you’ll see that this is the case.

I’ve written a few times about proper ethics in business but I just thought I’d spend a bit of time in this post focusing on one important factor.

I think it’s safe to say that we all want to succeed in whatever it is that we’re doing. After all, why would we be doing it at all if that wasn’t the case? But the question is, just how hard are we prepared to achieve the level of success that we desire? How far are we willing to go? How far are YOU willing to go?

Those are the basic three main things you’ll need to have the answers to, or at the very minimum have some kind of idea about, if you’re going to get anywhere. In the following video, John Chow talks about how to succeed:

There is a caveat that you must bear in mind: your customer comes first. Period. Without your customers you will have no business, so you absolutely must put them first, whether they are buyers already or they are visitors who could end up being buyers.

Now, you may think that this is obvious. Yet, so many times we see actions to the contrary in business, whether it be online or in the high street. One example of this is when supermarkets use tactics such as artificially inflating prices so as to deceive the consumer into thinking that they’re getting a better deal. And let’s not pull any punches here, it is deception, plain and simple.

In the UK in November 2012, the Office of Fair Trading issued a press release that highlighted the principles that had to be adhered to. Yet a year later, in November 2013, the BBC reported that supermarkets were still guilty of misleading consumers.

“When using internal reference pricing, such as ‘Was £3, Now £2’ or ‘Half Price’, the principles say that prices should be presented as discounts for the same or less time than the product was initially sold at the higher price. And prices should not be artificially inflated to make a later ‘discount’ look more attractive.” – Source: Office of Fair Trading, November 2012

So what are the priorities of the supermarkets who are guilty of this? It would certainly appear that it isn’t what is in the best interests of their customers, otherwise they wouldn’t be trying to trick them. And let’s face it, they know EXACTLY what they are doing!

“A spokeswoman for the Department for Business said it was a criminal offence to mislead consumers on prices, including special offers.” – Source: bbc.co.uk, 19th November 2013

In the online world, there are those who evidently think that to mislead, defraud and scam people is just part of the course. Just recently I referred to a Marketer who has been out of the limelight for a while but has recently returned. Just as on many occasions previously, he is selling absolute trash.

Now, this Marketer is very clever and he is extremely good at what he does, I have to give him credit for that, he’s an excellent Marketer. His exuberance is infectious and he soon has pretty much whole forum threads practically bowing down and worshiping him! Those that dare to criticise or voice concerns will all too often find their comments removed or even find themselves with a forum ban, leaving a thread of glowing praise.

I am surprised that so many are still duped by him but, sure enough, he gets the praise. The problem is, his products are usually only based on ideas and not anything that he can prove that he is actually implementing to make any money. Sure, the ideas are great – in theory. But all too often they haven’t been tested and those who actually do know something about the subject matter will soon pick up on the dangers.

My point is this: if you are looking out for the best interests of your customers first, then you will be up front and honest with them. You won’t try to trick them, you won’t try to bluff your way through things, you won’t sell them rubbish and you certainly won’t scam them.

Sure, mistakes can be made and there’s always room for improvement. But there’s absolutely nothing wrong with saying, “I’m sorry” or, “I made a mistake”, or “There’s a problem”. Your customers will be much more likely to respect you for that rather than if you make a habit of using misleading or ‘cloak and dagger’ tactics.

I’ve quoted the above words before and I’m sure I’ll quote them again! That’s because they make clear sense. Don’t try to succeed at all costs, sacrificing your integrity, your credibility and your relationship with your customers. If you’re constantly thinking of the money then this will be what will drive you, but you risk a lot by doing so.

In contrast, if you constantly think of how you can deliver the best value and help to your customers then yes, you can strive to earn money, but you’ll be more likely to do it in the proper way.

As always I’d love to get your comments so please don’t forget to give Dr Einstein a click and then drop a comment in the section below.

16 thoughts on “DON’T Try to Succeed at All Costs!”