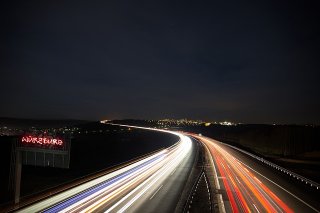 I hope is well with you. This week I thought I’d talk a little about something everyone wants – traffic! But I’m going to focus in on something that, although is quite obvious, oftentimes seems to get glossed over.

Just What is Traffic?

This really is the key question. Keeping the answer firmly in mind can make all the difference to your growth online.

That’s it, pure and simple.

However, we often hear statements such as “driving traffic”, “know your metrics”, “build your list”, etc, etc. Now, all these things are important, but never forget what is behind them…

I know, it’s obvious, right? But when it comes to driving traffic, analysing your metrics, building your list, creating your product, working out your visitor value and so forth, are you thinking purely about numbers or are you thinking about people?

Is it Just a Numbers Game?

It’s often said that Internet marketing is a numbers game and sure, that’s partly true. Numbers are an essential component and it’s important to monitor them. But, it’s the human element that is truly important and that will give you the most value. Never forget that it is real, living, breathing human beings who are behind those numbers.

Let’s just think about the basic sales process for a moment. You have something to sell, you put it in front of someone who wants to buy it and they buy it. That’s it in its most simplistic form. So, how do you get your product/service in front of potential buyers?

If you ask most Marketers they will likely say things such as, “Drive traffic to your offer” or, “Advertise your offer somewhere that gets a lot of traffic.” Yes, that goes without saying. But it needs to go deeper than that. You need to give people a REASON for wanting to buy. This requires endeavouring to get inside the head of your ideal prospect and connecting with them on some level. Now, this may be easier said than done at times with the more impersonal types of promotion, such as banner ads. But it’s what you do the rest of the time that you need to consider.

Let me give you two hypothetical scenarios for you to consider:

1) 10,000 people visit your site where you are promoting a certain offer. No-one buys.

2) 100 people visit your site where you a promoting a certain offer. Five people buy.

Which would you prefer? I would go for the second one each time. That’s a 5% conversion rate. Sure, we haven’t had many visitors but we’ve had five sales, which is a lot better than no sales, right?

Let’s expand the example a little further. Let’s say that in scenario number one we also make five sales. Again, that’s a lot better than no sales, but it’s a very low conversion rate of only 0.05%.

Why am I telling you this?

It’s because ‘driving traffic’ is often touted as being the magical ingredient to making a success of Internet marketing. And again, I just want to emphasise that yes, traffic IS important. But it is NOT all about numbers. You can throw (or ‘drive’) a million visitors to your offer but if none of them buy then they’re not worth much. Heck, it’s better to have ONE person who buys than a million who don’t!

Do you really want to view your visitors as cattle to be driven to where you want them to go? Or rather than trying to herd them like cows, would you rather try to attract them to you like cats? Anyone who knows anything about cats will know that a cat won’t do something that it doesn’t want to do! But when it trusts you and thinks that you have something interesting that it wants, it’s much easier to get it to come to you, after which you can build a relationship.

What I Have Found

Let me tell you what I have found as a result of various methods I’ve used to drive traffic and get my promotions in front of people. I’ve managed to get lots of people to my blog and I’ve put my promotions out there by methods such as solo ads. But, with the exception of just a few of my most recent sales, do you want to know where my sales came from?

Yes, from people with whom I’ve connected and spoken directly by means of blog conversations, social media and direct e-mail.

Surely that should tell you something?

Now, I’m not suggesting that you should rely soley on these kinds of methods and ignore other, more ‘mass’ kinds of exposure. But you shouldn’t be focused on the numbers first and foremost. Rather, whilst being aware of your numbers, you really need to be focused on the people themselves, remembering that behind each and every number, each and every statistic, is an actual person.

Alex Jeffreys often says, “Don’t chase money – let money chase you.” In other words, rather than being focused on trying to make money, focus on the things that in the long term, by extension, will help you to make money. So if you focus on always giving value and helping other people, the money will find its way to you. Focusing on the end result – the money – rather than the things that can lead to it, can lead to disappointment and frustration.

I believe that the same applies to other things that we wish to acquire. Replace the “money” part of the equation with “traffic” and “subscribers” and you’ll have a formula to help you achieve quality results.

Another experience I’d like to relate is with regards to other people in the industry. If I was to ask you to think of some of the big names I’m sure you could come up with a few. These big names have lots of people who look up to and admire them. You could say that they even have a kind of celebrity status in the industry.

Now think about yourself. Do you view yourself as being anything really special, a celebrity in the industry if you will? If you’re a beginner it’s probably highly unlikely. What I’ve come to appreciate, though, is that a lot of those to whom we may attribute a celebrity type status often feel the same way about themselves as you may feel about yourself. Sure, they recognise their achievements, skills and experience, but more often than not they view themselves just like you and me.

Just last weekend I attended the Marketing Summit UK here in Manchester and was rubbing shoulders with some of the greats in the industry, such as Alex Jeffreys, Dean Holland and Mark Lyford. When you spend time with these guys you soon appreciate that they are just the same as you and me – they are people! Plus, even they are still learning, just like you and me. Talking with a variety of people with varying levels of experience and expertise (and bank balances!) I found that there were things that they didn’t know and were willing to take on board, just the same as anyone else in attendance.

Why do I mention this? Because again, it’s about our perceptions. I found that, once I’d got past any feelings of being ‘star struck’, I was able to make some valuable connections, no matter who they were. Dare I say it, rather than feeling like a fish out of water, I actually felt like an equal! After all, why shouldn’t I? Sure, each and every one of us in attendance at that summit was at a different stage of progress, just as each and everyone one of us is who is on this page right now. But at the base level we are all the same – we are all people.

So, in summary, the illusion is this: that traffic is the solution to all your problems.

Strive to make everything you do in your business as personable as you possibly can and don’t view your goals, metrics or results simply as a series of numbers, charts or lists. If you always have in mind the human element in all that you do you will be sure to approach your business in the right way and you will be much more likely to find what you do to be much more fulfilling.

I hope that I’ve given you some things to think about in the way that you approach your business. What ways do you currently use to connect with people in a more personal way in your business and are there any areas in which you feel that you need to improve? Please let me know your thoughts in the comment area below.

28 thoughts on “The Great Traffic Illusion”