What U.F.O.’s Can Teach You About Making Money Online 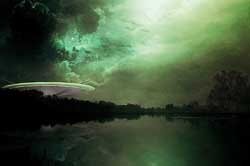 This is a subject that is steeped in controversy and, regardless of your beliefs on the subject, you have to admit that, at the very least, it can be interesting.

One thing thing I want to make very clear from the outset, though, is that U.F.O.’s exist.

Notice I didn’t make any claims about extraterrestrials or suchlike. That’s because I’m not talking about aliens. I’m talking about U.F.O.’s.

“U.F.O.” simply means “Unidentified Flying Object.” Therefore, if something is flying and it hasn’t been identified, by definition it is a U.F.O.

Nothing more, nothing less.

I’ve seen U.F.O.’s myself. Again, I didn’t say anything about aliens. I’m not claiming that what I’ve seen are alien spacecraft. All I am saying is that I have seen things flying in the sky that weren’t drones, conventional aircraft, birds, swamp gas, the planet Venus or anything else that could be identified.

What I saw, I couldn’t identify, ergo U.F.O. What they actually were or were not is a whole other thing.

Here’s what I mean:

I’m sure that you, like me, have seen video footage or photos of U.F.O.’s.

What I’ve noticed is that people’s viewpoints fall into three distinct camps:

Those who believe that the footage/photos are genuine, no matter what.

Those who simply aren’t sure what to believe.

Then there are those who are dismissive and will take an opposing view, no matter what is presented to them or how.

The ones who fall into this third camp are so cynical that it seems that they will find any excuse to find fault and look for arguments.

On these occasions the skeptics usually respond as follows:

“How come all this supposed U.F.O. footage is always blurry?”

“Why couldn’t the photographer zoom in?”

“It too dark to make anything out.”

But when some clear footage or a clear photo emerges, what do these same people cry?

“It’s too clear, it looks like it’s straight out of Hollywood!”

“It must have been created using C.G.I.”

There’s just no pleasing them!

The “Make Money Online” space is one that contains a variety of information, whether it be e-books, courses, coaches and so on.

But some people take the same view towards it as they do towards the subject of U.F.O.’s.

They might comes across a particular product and complain:

“It’s too vague – why don’t they say exactly what it is/what it does?”

But then when a genuine product comes along that has good sales copy that states clearly what the product is, along with proof of any claims then the nay-sayers STILL find things to moan about:

“Making money online is all a scam!”

Perhaps you’re someone who has looked into making money online. Maybe you have bought rubbish or, even worse, been downright conned in the past.

Either way, I feel your pain. You’re not the first and, sadly, you’re unlikely to be the last.

It IS possible to make money online.

I have done it and I am doing it. I know it can be done.

And it can be done legitimately. Anyone who says otherwise is talking utter nonsense, frankly.

But here’s the thing:

You have to look at the subject realistically. Just as you shouldn’t simply take all alleged evidence of U.F.O.’s as being 100% truth, you shouldn’t assume that everything people tell you online is the truth.

You have to do your due diligence and look at things objectively.

But, at the same time, it’s no good being so cynical that you stubbornly ignore the facts and the proof.

What I can tell you is something that a lot in this industry won’t tell you:

The degree of work will vary, but it requires work, nonetheless. It is the same as with any other kind of business. Yes, it might be easier than setting up a ‘bricks and mortar’ business, but it will still require some work.

One of the most popular and easy ways to get started with making money online is through affiliate marketing.

There is one small problem with this, though:

Affiliate marketing as it once was, is dead.

That isn’t to say that affiliate marketing doesn’t work – it does. I do it all the time, I know it works.

What might have worked and generated big results, say, 10 years ago, doesn’t work as well and generate the same results in 2018.

If you’re thinking about trying affiliate marketing then you need this book.

Likewise, if you’re currently an affiliate marketer and you’ve noticed that things aren’t going as well as they once did, or perhaps you’re even struggling, then you also need this book.

As I said, making money online is possible. Many, many, many people are doing it. Huge companies are doing it.

But it needs to be done in the right way. And, again, if you’re going down the affiliate marketing route then you absolutely need to get this book.

By the way, the book is actually free!

You can get it shipped straight to your door anywhere in the world. You’ll just be asked to cover the cost of shipping.

Are you currently making money online?

What about affiliate marketing? Have you noticed a shift or are you even struggling to make it work?

I’d love to hear your comments below! 🙂

10 thoughts on “What U.F.O.’s Can Teach You About Making Money Online”